If you use Twitter and you’re looking for engaging content to retweet (ie, steal) you can use Tweetdeck with advanced search operators and Hashtagify to find what you need.

If you haven’t visited Tweetdeck, the site is part of Twitter and can be reached by visiting http://tweetdeck.twitter.com/ and logging in with your normal account. Tweetdeck allows you to build up various columns of tweets which may be of interest to you and is a very powerful tool to keep on top of important tweets.

For example, I have an account on Twitter which only posts pictures and videos of cute animals. A simple strategy for myself is to do the following:

A. Add a new column to Tweetdeck by clicking on the icon at the side of the page.

B. Click the search icon as we want to add a new search column. 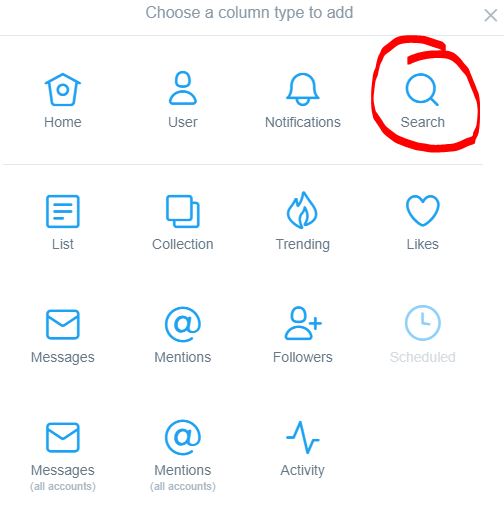 C. A search box opens up for us to enter a search. But what should we put in it?

In order to get some ideas we can do this: 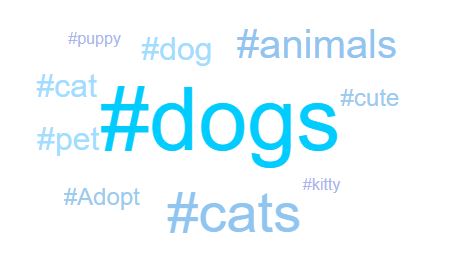 When you have your list put the word OR (in capitals) in between each of the hashtags you found because we want posts about (#pets OR #dogs etc).

In my case, because I found the hashtag #turtle it means I might end up getting tweets about “#ninja #turtles” which I don’t want. Not because I have anything against the freakish monstrosities of nature which terrorise me in nightmares, waking me regularly in a cold sweat screaming for my Mum, before realising it was just a dream, reflecting on what I’ve done with my life, and wondering if my Ex still thinks about me. But in this case, it is simply not relevant to my search, so I want them to be excluded.

I can exclude the hashtag #ninja by putting a negative sign before it like this -#ninja.  Here is the list I built up after a few clicks:

4. This list can then be pasted into the search box from step c) (above)

4a. Actually, after a cursory search, it might pay to remove the hashtag #cute and include the following “-#sexy filter:safe” as shown below to ensure we don’t get any other media showing up which might haunt our nightmares and cause ongoing psychological issues. I also think I’ll include #hedgehog as well because hedgehogs are awesome!

5. Now we have our search set up and it’s updating in real time, we probably only want to ensure we’re seeing the most engaging content. To do this we can limit the search to tweets which have at least 2 retweets, 2 likes and only include media (pictures and videos) as shown below: 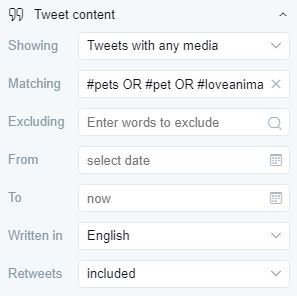 6) Now we have a continuously updating stream in that column of cute animal pictures and videos to look at. 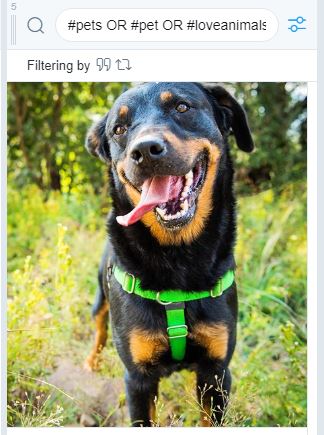 You can build up as many columns as you like in Tweet Deck to keep on top of important tweets and see them all in one place.

Some of the other operators you can use in your search term (other than OR) are listed below. You can filter by geographic location, positive or negative sentiment of the tweet, whether the tweet was sent to, from, or references a particular user, and a lot more. The possibilities are endless.

This site uses Akismet to reduce spam. Learn how your comment data is processed.